My son spotted him. “There’s a dog in our back garden!” He said this excitingly and with disbelief.

I was just there a few seconds ago and how could I miss not seeing a dog? Just as I turned to look back, I was scared to death at the size of it. It’s HUGE. 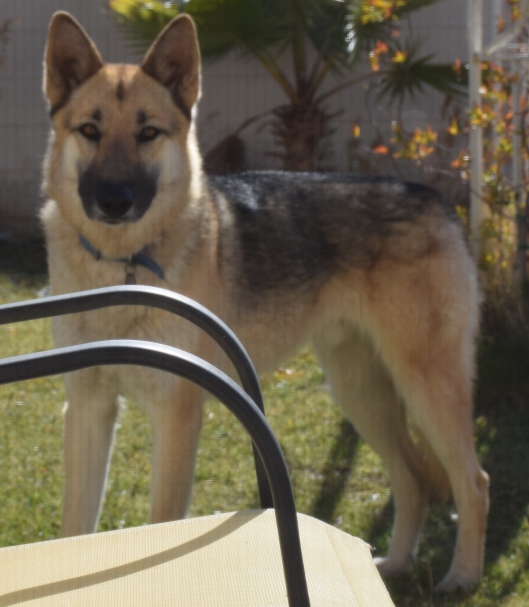 Look at those piercing amber eyes and ears perked up, as if ready to attack. Doesn’t he look scary? I’ve never had a dog or a pet.

This is not the first time a dog had wandered in our back garden. It’s the fourth time actually. First, it was next door neighbour’s dog who had dug its way under the fence into our side. Second, it was this big, black dog with a bit of a limp. He’d probably jumped over the fence into ours that caused its limp. We only had him for a few hours and got picked up by its owner.

Next was this small one..he’s next door’s and my daughter had let him in. Look at her chasing it with a hot dog which she grabbed from the fridge! 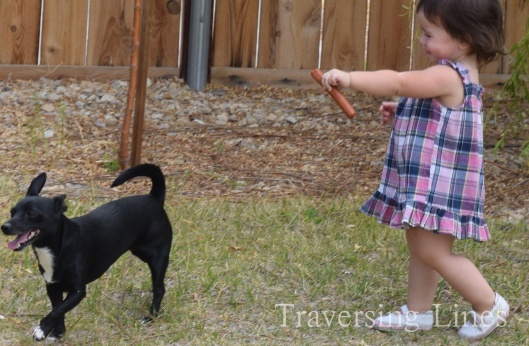 My daughter bossing this teeny tiny dog around.

Then this German Shepherd just this weekend.

We fed him some left-over pizza which he wolfed down pretty quickly. Offered him water in the biggest bowl I could find. That too was lapped up. This dog is weary. It doesn’t take a genius to see that. And I am no genius when it comes to dogs. Best person is my butler.
Pretty soon, they’re friends. 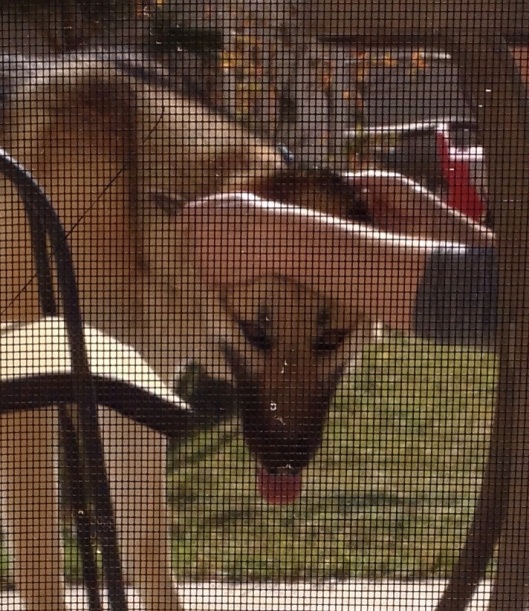 Look at them! I can’t do that. Look at me. Still sitting behind the screen door, taking pictures. I’m comfortable with this barrier between us, thank you.

Being the protective mother, I told my kids to let Daddy handle it. He’s the expert in this.

We provided some blankets and rugs to sleep on. It’s gonna be a very cold night.

Next day, I couldn’t sleep any more. Five thirty I was up. I kept thinking on how cold it is for him that every time I turn and pull and cuddle the covers on me, I think of him. Right away, I made my way to the back garden door to check on the dog. He’s up. He probably heard me.

I had soup I made from yesterday so I readied it. Woke my butler up. I wanted to give the bowl myself but the dog kept barking at me. The bowl in my hand shook every time he did.

So my butler gave the bowl. It’s the first time anybody gave a big, satisfied, tongue-out smile to my cooking! So much gusto!

Afterwards, he looked like he wanted to play. But we were still in our pajamas. We just lounged around on a lazy Sunday. Talked about how dogs end up in our garden. This was it. 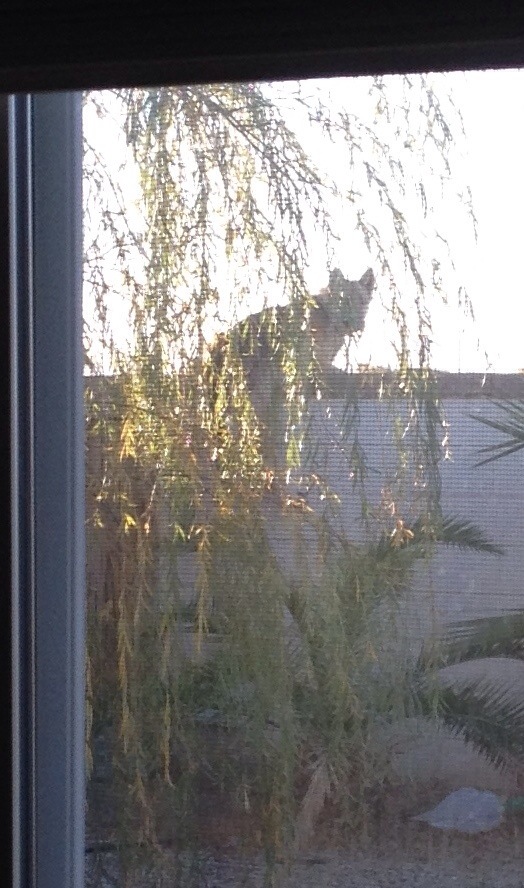 Wolfie (as we had named him) is leaving!
Tried coaxing him to come back for he might get hurt from jumping that high. He still did.

Feeling responsible for him, my butler looked for him. After twenty minutes, he’s back. Followed by Wolfie right behind him.

My butler invited him inside and by this time, the kids were up. All were too excited. Like it was morning of Christmas.

Wolfie and I hadn’t met. I froze when he came near me. He sniffed me, I felt violated.

He came near my littlest one, I faced him. He backed up. Good.

Wolfie was in a very playful mood. Grabbed every shoe he could chew on. Tugged at my baby’s blankie to which he was scolded upon.

For a while it seemed like he was one of us. 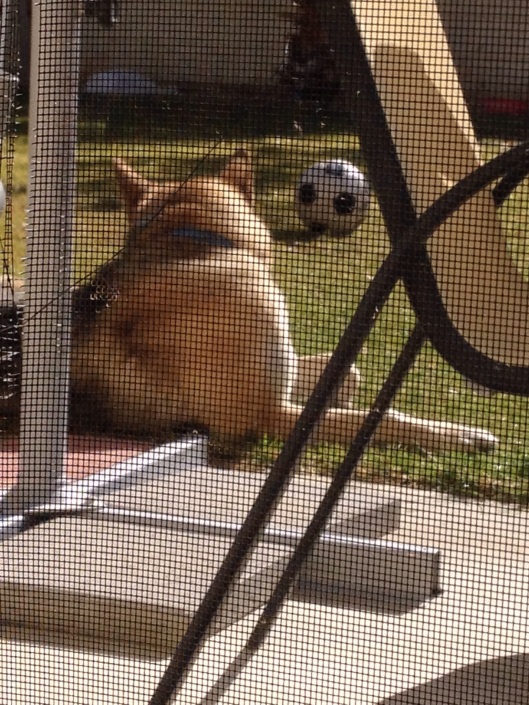 But like the wild wolf he is, he leapt onto the fence again…..

For fleeting moment, he was family.

For a moment, he was ours.

And for a moment, Wolfie considered it.