For days, I have been having cravings. Cravings associated with being pregnant – having strange food cravings. I was craving desserts – pastry desserts!

Although this one is not strange at all.

Oh, and I’m not pregnant either 😄

Looked up online to see the nearest “dessert places” my place of work.

A French bakery! Yes, I’ve seen this place before in one of my walks.

I went to its website and got intimidated with all these French names.  I could order over the phone and pick it up but then again I don’t even know how to pronounce them properly.

I’ve been thinking and thinking… even calling upon the slightest hint I may have French blood in me (My mom’s maiden name sounds French – a name I carried as my middle – sadly dropped it when I got married).

Feeling as if my bum was on fire from the cravings, I decided to go by myself.

Mentioned it to my co-worker and she had been having cravings as well! And she was having the same mixed feelings about it too.

So, we decided to go together.
What better way?!

Excitingly walking over there we went. At last, I’ll answer my cravings, I thought.

The bakery opens at 7am (too early to go) and closes at 5pm (too late – we leave work 5:30pm), we decided to go when the lunch rush hour has passed.
Not many people were in the cafe which we had hoped for. The least number of people witnessing my blunder, the better.

Breathing deeply as we got in. 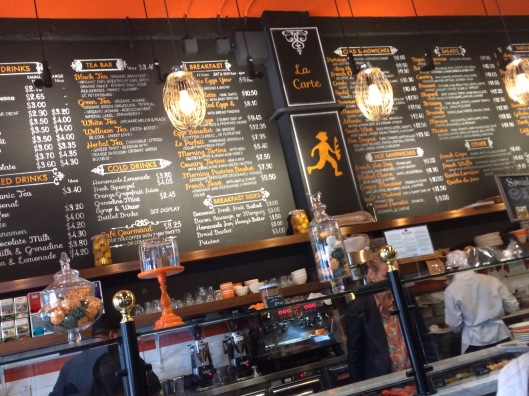 Dare not stare at the massive menu.

The desserts ARE in full view.

I’ll just point the one (in this case, ones) I like. 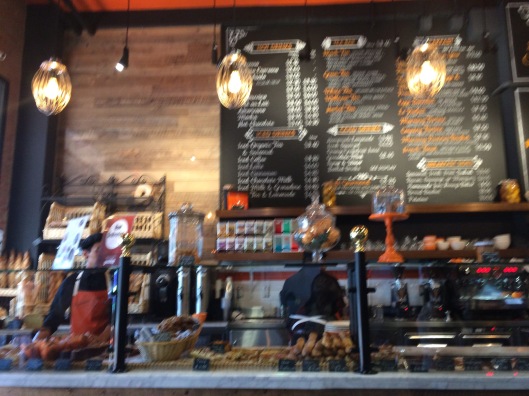 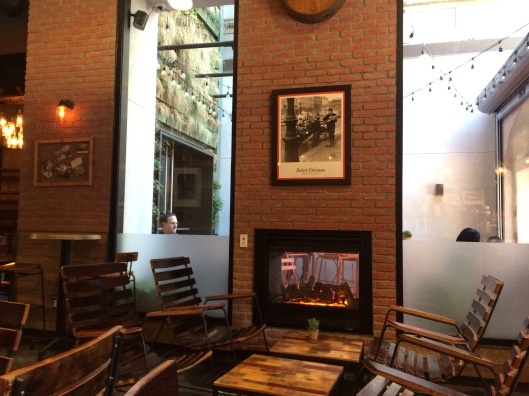 Got a lot of breads and tarts.

Wasn’t able to take a picture.

My family devoured them before I could take any more. 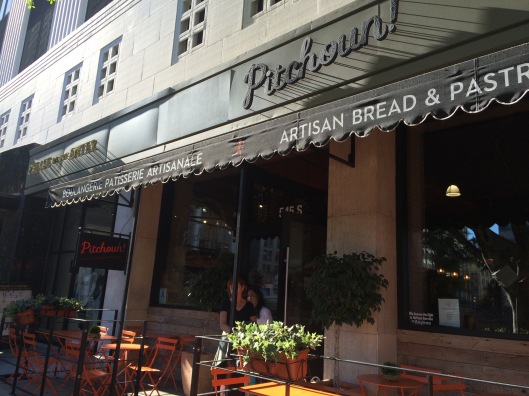 Almond croissant is the best.